11 Etiquette Musts for the Modern Gentleman Chivalry is evolving — are you keeping up?

We at The GentleManual are strong proponents of good manners.

However, it seems as if the concepts of manners and etiquette are a dying breed in this day and age–a sort of arbitrary construct characteristic of generations past.

In a culture of instant gratification, habitual laziness (when compared to previous generations), and increased gender equality (don’t get us wrong, this is an amazing thing!

But one that may have made men erroneously believe that manners are no longer needed if a woman can take care of herself), the importance of etiquette has fallen by the wayside in the 21st century.

You may have tried in vain to hold a door open for a woman only to be met with a blunt “I can do it myself, thanks.”

It’s hard these days to bridge the fine line between genuine politeness and coming across as an ostentatious freak.

Society simply doesn’t teach etiquette like it used to. How is any man supposed to know what to do when our only references are TV shows and outdated advice from our grandfathers?

How do we define what etiquette should mean for the modern gentleman?

Here, we’ve broken down a list of 11 etiquette rules worth following in the 21st century, as well as each rule’s origins (to make things a little interesting).

Follow these and do modern chivalry some justice. We’re counting on you.

1. Leave the Bottom Button of Your Suit Jacket Unbuttoned

This strange but common fashion practice originated in the turn of the 20th century with British monarch King Edward VII.

The King was known to have a healthy appetite–one that his royal garments could not quite keep up with.

One day, he unbuttoned the bottom button of his suit as a reprieve after a large meal, and being the royal celebrity that he was, soon members of the court and ultimately the rest of the world followed this trend accordingly, making it the fashion rule we know today.

This is one rule that has not changed a bit.

Leaving the bottom button of your suit unbuttoned is not only an etiquette rule, it has evolved into a fashion rule that all modern men must follow. Plus, it’s more comfortable, too.

Okay, so the origins of door-opening may not be as chivalrous as their modern implications would lead you to believe.

Men would assist by opening doors for women, and the tradition became one associated with high ranking, properly educated men over time.

Long after the hoop skirts, petticoats, and corsets were a thing of the past, men continued to open doors for women as a sign of politeness and decorum.

Forget the trendy notion that holding a door open for a woman today is nothing but “benevolent sexism.”

In this day and age, why don’t we just hold doors open for each other without considering such a gesture’s outdated gender-charged implications?

If you have good intentions for holding a door open for another human being, then by all means please do so.

Note: this rule extends to the elderly and anyone that’s close enough behind you that could benefit from a door being held open, as well as women.

Kind gestures for all, gents!

If you get one or two evil glares from a woman that doesn’t appreciate the move, just hold the door open anyway, smile, and carry on with your day.

Nice gestures will be appreciated 9 times out of 10. This rule also applies to car doors.

Once upon a time, there was a world in which the concept of “fashionably late” did not dare exist. In fact, in the good old days, arriving late was just flat-out rude–always.

If you were invited to dinner with family or with a client and you chose to show up a fashionable 15 minutes late, you were usually looked down on or thought less of.

We wouldn’t want to even imagine what would happen if you were late in the time of kings and queens (Off with his head!).

If you receive an invitation to something or make plans with someone, honor the time that was agreed upon.

Today, arriving late indicates that you do not value the time of the other person involved–why do you think that being late is one of the cardinal sins of an interview?

Even if other people deem it “okay” to show up whenever they please, set yourself apart and be the one that shows up when you said you would.

You’ll end up seeming more reliable and dependable in the long run.

4. Master the Art of First Impressions

In the Middle Ages, in England, shaking hands upon greeting first evolved as a practice to establish that neither party was armed.

Today, everything from the handshake to the way you dress has an impact on the impression you make.

We are constantly making conscious and subconscious judgments of others. A true gentleman knows how to master the steps involved with making a good impression.

A firm handshake (don’t forget the eye contact!), a polite and clear introduction of yourself, and a tasteful ensemble do a good impression make.

Further, if you have someone with you or are introducing two acquaintances, make sure that you know:

Washing and maintaining a neat appearance was once considered a privilege of the upper class.

In the late 1800’s, books on hygiene and etiquette became more accessible for the middle and lower classes, and subsequently the masses sought out to increase hygienic practices in an effort to gain approval and upper class-status.

Today, not only is bad hygiene seen as disrespectful to others, it is also symbolic of one’s own lack of diligence, discipline, and self-respect.

A modern gentleman makes it part of his daily routine to ascertain that he is well groomed, well cleaned, and presentable at all times.

Even if you’re just going to the grocery store, you never know who you might run into.

6. Take Off Your Hat Indoors

In earlier eras, men wore hats, headgear, and armor to protect themselves from enemies and from natural elements.

Headgear was removed indoors as a sign of trust (i.e. “a sign that we are among friends”) and to make sure that outdoor elements (i.e. rain, dirt, snow) would not fall onto meals or onto other people.

Taking your hat off, like in the old days, shows respect for the establishment you are entering.

Plus, you need not protect yourself from any “elements” once indoors!

7. Pull Out a Lady’s Chair for Her

Much like the origins of holding a door open, allowing a woman to sit first and holding a chair out for her began as a necessary gesture for high class women that needed assistance while wearing uncomfortable clothing.

Once again, remove all notions from your head that this is just another ancient gesture that screams “I’m only doing this because you need my help.”

Letting a woman sit first is a gesture that shows her (whether it’s your girlfriend or your mother or your daughter) that you care about your comfort and that you elect to consider her comfort over your own.

Also, if and when possible, offer your date the seat with the better view.

8. Understand the Difference Between Celebrating Gracefully and #Humblebragging

Who knows exactly when our culture of being obsessed with ourselves truly began.

What we do know for sure is that our culture’s propensity for over-sharing and bragging about all of the amazing things happening in our lives is a fairly new phenomenon.

Just 100 years ago, it was immodest to talk about how much money you made, and it was advised against to brag about your children’s accomplishments (for example), for fear that they would get “big heads” and “inflated egos.”

Fast-forward to the turn of the century, where the advent of the internet and social media changed everything.

Soon enough, it was socially acceptable not only to share your accomplishments, but to shamelessly brag about them too with the virtual guarantee that you would be praised and validated.

In 2010, comedian Harris Wittels made a Twitter handle dedicated to calling out “humblebraggers,” and the official term was born.

Even if you’re feeling truly #blessed, whether in person or online, do not give into the uber-modern “trend” of attempting to downplay your successes and self-deprecate in a “casual” way that baits both praise and sympathy.

“When you can’t choose between a booze cruise to Mexico or wine tasting in Napa #struggle #WhatDoIDo.”

This will not work in your favor (and studies have proven this). People only have a small threshold for tolerating another person’s self-promotion before they get sick of it.

If you have something in particular you are excited or happy about, state what it is in a sincere way. Some things to keep in mind:

Long ago, during a time of medieval feasts, long tables were packed to capacity with people invited to dine with lords and ladies.

Such grand attendance at these feasts meant there there was absolutely no way you could rest your elbows on the table without invading your neighbor’s space.

Further, having your elbows up on the table made you look too eager to eat, and back then hunger was the sign of being a peasant.

Basic table manners will set you apart from other men. Always.

No, you don’t necessarily need to know how to set a table (what are all those forks for, anyway?), but you should at least practice the essentials, like keeping your elbows off the table, chewing with your mouth closed, letting the lady order first, and being kind to your waiter.

10. Know When To Put Your Phone Down

In simpler times, it was understood that one must make eye contact and engage with whomever was in one’s company.

Daydreaming was considered rude and looked down on. Ah, the good ole’ days.

The advent of cell phones meant that we now have a tempting distraction with us everywhere we go.

Today, it’s sadly so common to see a family eating together but not speaking because everyone is too busy with their phone or tablet.

If you are with company, especially if that company is family or a date (especially especially a first date), your phone should be on silent so that it does not disrupt your time together.

Resist the urge to check it or deflect to it even if the conversation is going badly. Your phone can wait, we promise.

11. Replenish What You Take

Unknown, but we’d like to wager that lending and borrowing goes back… pretty darn far in history.

Borrowing things from others is a big responsibility.

A true modern gentleman realizes that if and when it is possible to return something exactly as it was when it was borrowed, then he must dutifully do so.

If you borrow a friend’s car, you better return that car with as much gas as it had when you took it (or more!).

If the only food left in the house is your girlfriend’s or your roommate’s and you’re starving, you better plan on taking a trip to the grocery store to make sure he/she has food, too.

If you’re at work and you use the last sheet of toilet paper, you had better not leave the bathroom until you replace it with a brand new roll.

You’d expect others to do the same for you, wouldn’t you? 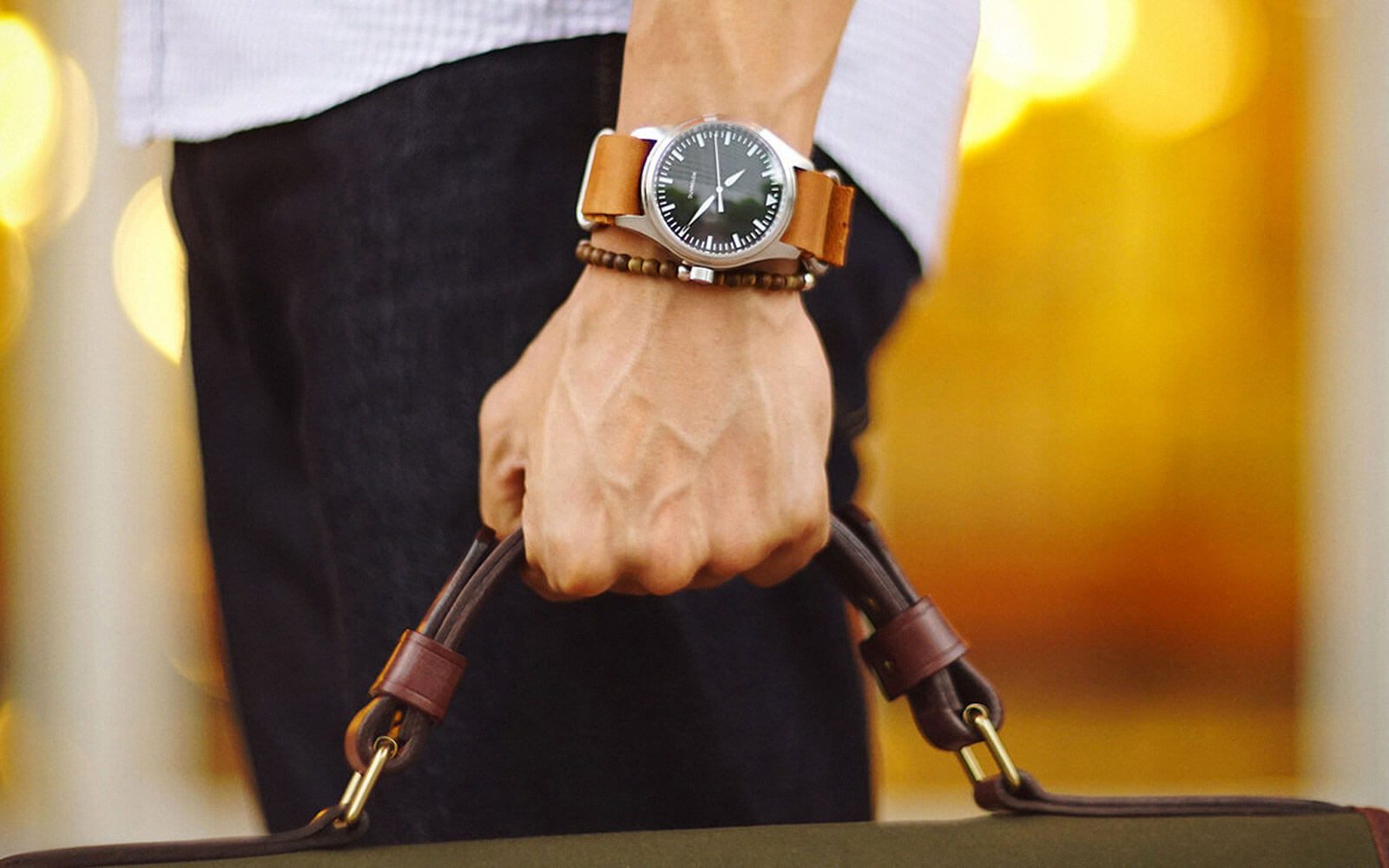 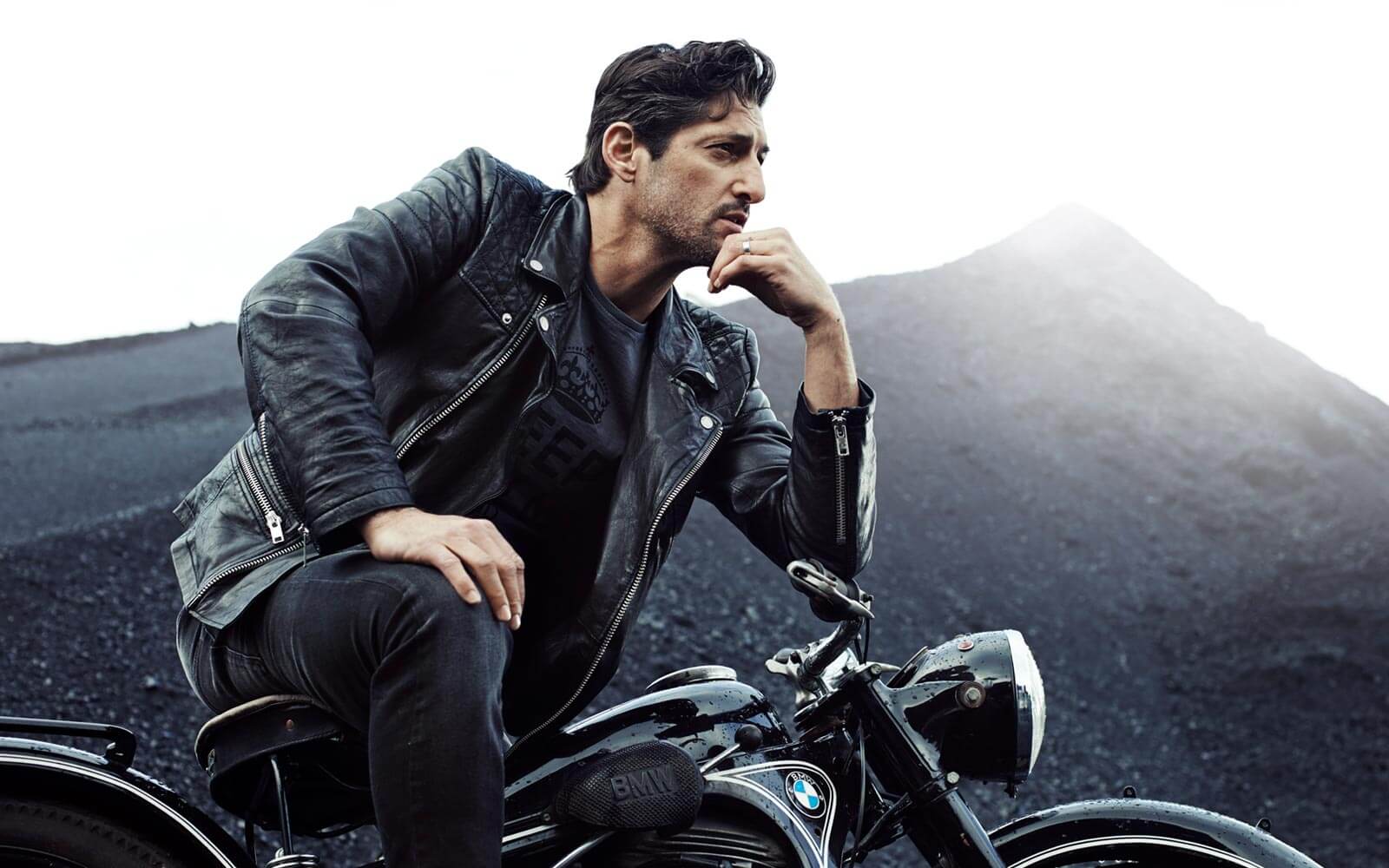 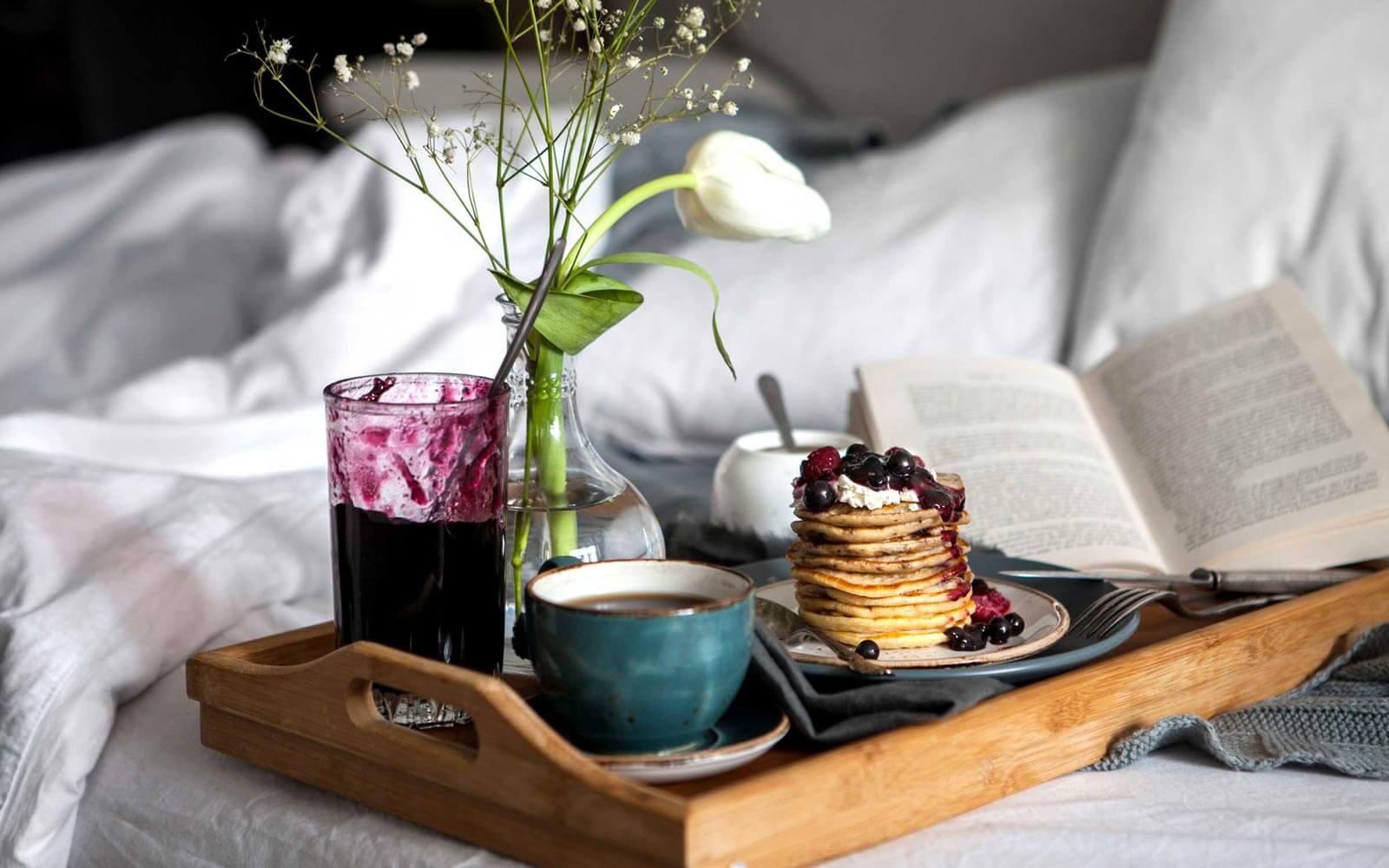 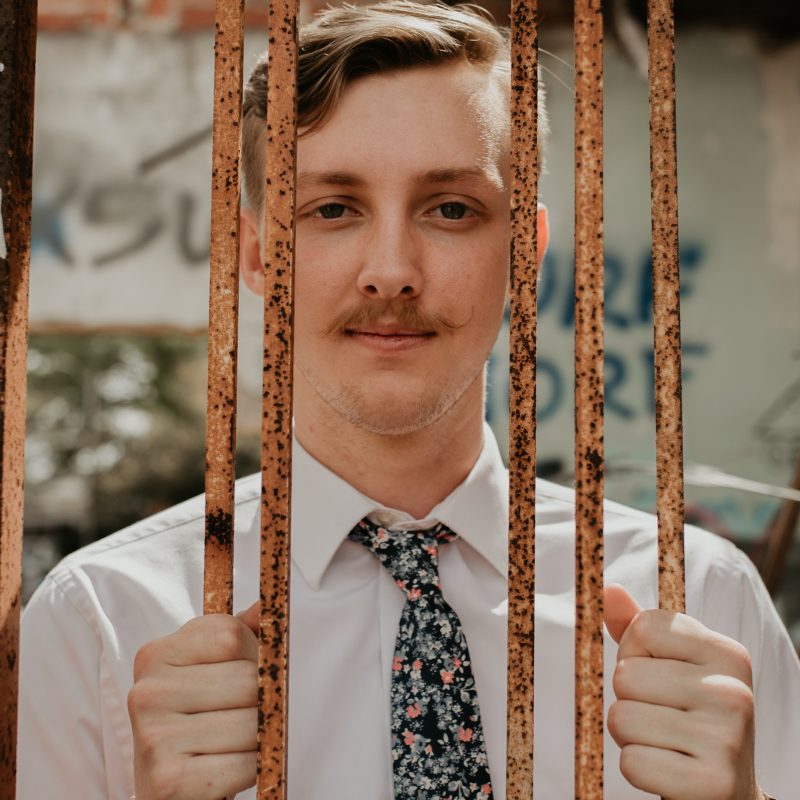 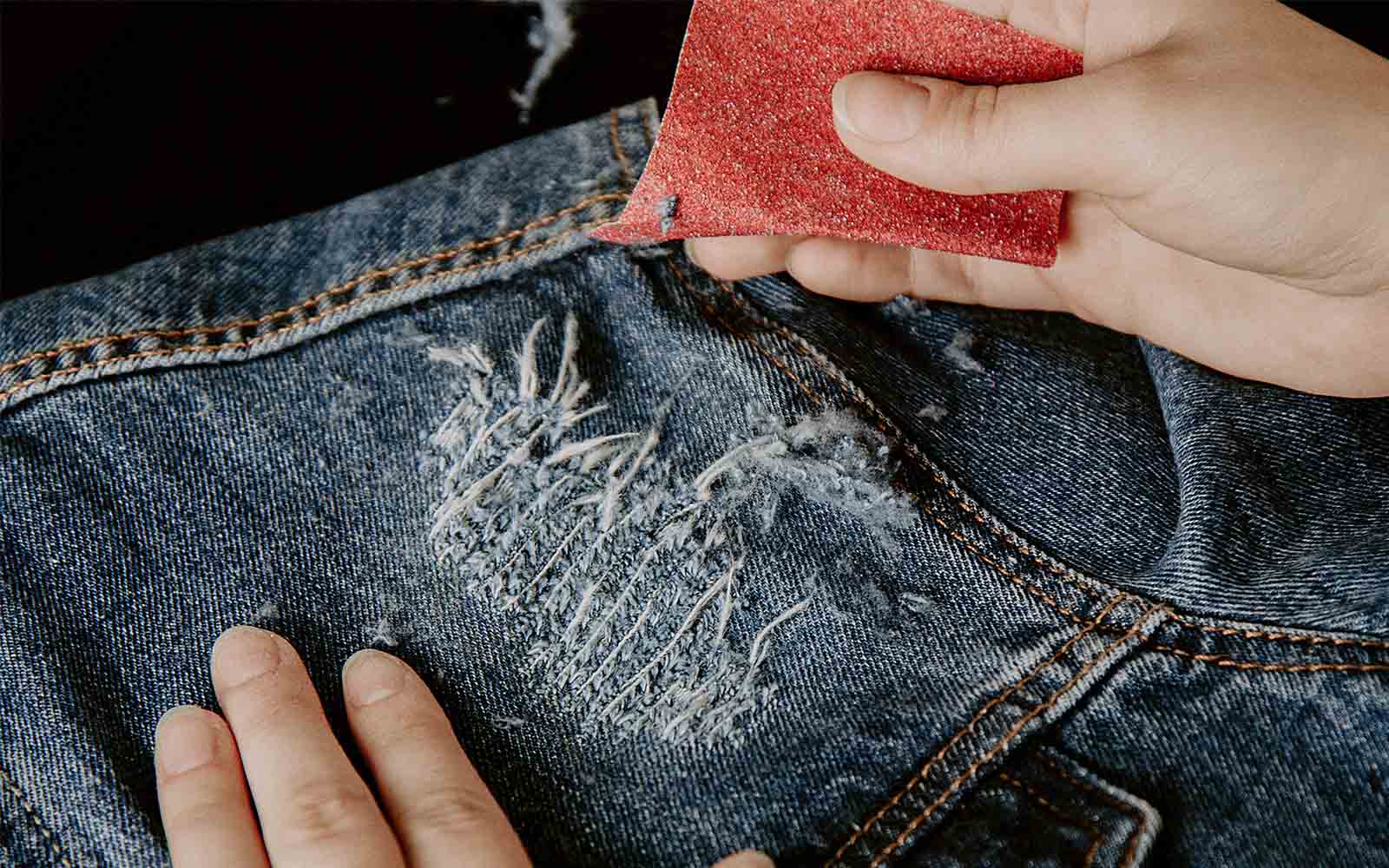