Simple Halloween Costume Ideas for Men From timeless classics to pop culture references, any of these choice will be a hit

Halloween can be terrifyingly fun, but finding the right costume can be a drag—you don’t want to be the guy who shoves a salad bowl under his shirt and tells everyone, “I’m… pregnant?”

This year’s GentleManual Costume Guide includes some classic and not-so-classic costume ideas that are uncomplicated, cool and many of the pieces should be buried in your closet somewhere.

Hint: Check next to your rollerblades or under your obsolete CD collection.

Any man who longs for the days when drinking at the office was more of an obligation than an option loves Mad Men.

Don Draper makes for a dashing Halloween costume that’s easy to put together and even easier to wear.

A single-breasted gray suit jacket with matching pants and a plain white dress shirt make up the base of Don Draper’s signature look—but the accessories are key.

For props, fill a tumbler with your favorite whiskey and pick up a pack of Lucky Strike cigarettes (better make that a carton).

For bonus points, cue up the Mad Men theme song on your smartphone so you can play it every time you walk into a room.

Now ready your firmest handshake, furrow your brow incessantly and prepare to seduce every married woman who crosses your path — but NEVER let anyone in on your secret and mysterious past.

The season finale of Breaking Bad had fans reeling for weeks and so can you with a Jesse Pinkman costume done the right way.

If your yellow hazmat suit and rubber gloves are at the dry cleaner, you’re going to have to dress as a more casual Jesse Pinkman.

Jesse’s taste in clothing is equal parts predictable and tacky. You’ll need a sweatshirt, jeans, a graphic tee and a beanie.

These four items will have you looking like the beloved street chemist in no time, so long as they’re all three sizes too big and look like they’ve been slept in.

If you don’t have all of these pieces, search the racks of your local thrift store for anything from brands like Famous, Affliction, Stussy, or DC.

Don’t forget to pick up a beefy pair of skate shoes and a pack of smokes (ricin optional).

Accessories include a Ziploc bag filled with blue rock candy and a duffle bag stuffed with millions of dollars.

Okay so maybe it’s been done a thousand times, but the brilliant Charlie Chaplin created a look so memorable that we will probably be seeing this classic costume for another two hundred years.

Can you think of a better excuse to don a Hitler-esque mustache and perform pratfalls all night?

If you want to dress like the esteemed Tramp, the first thing you’ll need is a mustache. Steal your girlfriend’s black eyeliner pencil and go to town.

While you’re at it, take a minute to darken and thicken your eyebrows. Remember, you want your dress to look haphazard.

Wear pleated dress pants that are too big (pull them up high), a jacket that is too tight, a white tuxedo shirt and a necktie that’s slightly askew.

Accessorize your outfit with a bowler hat, a cane, and a slipshod optimism that keeps you bouncing back no matter many times you’re pushed down.

Optional clothing items include a vest and a pair of suspenders. Now it’s time to own the part.

Practice walking like a gimpy duck and tripping over invisible obstacles. Charlie constantly fusses with his attire and is fascinated with everything he picks up.

More importantly, though, Mr. Chaplin overcomes whatever life throws at him.

So no matter how many times you slip on Halloween candy, knock over punch bowls filled with Jungle Juice or get smacked sideways by a vortex of drunken vampires, do like Charlie and cheerfully putter onward.

FACT: The Assistant (to the) Regional Manager will not be trifled with.

The Office may have come to an end but it lives on in the hearts of reprobates and beet enthusiasts everywhere. The Schrute-look is fairly straightforward.

An ill-fitted suit, a yellow short sleeve shirt, an uninteresting brownish striped tie, and a pair of aviator style eyeglasses will get you 90% of the way there.

Finish the look with hair parted down the middle, a name tag, and a stapler encased in a Jello mold.

Now that you look like Dwight, it’s important that you embody Dwight. Ignore all social queues, never laugh (unless it’s maniacal), and routinely spout nonsequiturs about bears, beets, and Battlestar Galactica.

If at any point in the night someone annoys you, you can always run from the room yelling “Michael!”

This BBC classic, which first aired in 1963, is a staple in British households and has gained an intense cult following outside of the UK.

The following costume is based on the latest incarnation of the Time Lord (11 actors have played this role) portrayed by Matt Smith.

The outfit worn by Smith’s Dr. Who is a great combination of nerdy and rugged.

Start by adding a red bow tie to a light and muted button up and a brown blazer in a solid or herringbone print.

Comb your hair forward with your fingers and give it some volume with styling mousse and a blow dryer.

You’ll be ready to jump through the space-time continuum when you add some red suspenders, roll up your pant leg a couple inches and don a pair of black lace-up boots.

Now travel from party to party in the TARDIS and use your clever whiles to solve the puzzling mishaps underfoot.

But with more than 70 million copies sold, nearly every woman at your Halloween party will have read this book (even if they would never admit it).

This ensemble will feed into their secret desires and who doesn’t love a clever play on words?

This isn’t necessarily the type of Halloween costume that partygoers recognize instantly, but once you open your copy of the E.L. James novel to read a lust-filled passage aloud they will smile and nod in a gesture of ultimate respect.

Creating this look is pretty self-explanatory. Outfit yourself in as many handsome grey items as possible: a grey shirt, grey cardigan, a grey necktie, grey boots with grey shoelaces, grey coat… You get the picture.

Wanna take it even to the next level? Use some grey duct tape to adhere any of the following items: a newspaper, a hunk of granite, a MacBook Pro, a Nintendo Gameboy, a cinder block, a gargoyle statue, your grandfather’s toupee or a baby elephant.

If that’s not enough, bring a can of grey spray paint and mark your territory.

With these 6 great options, picking a good Halloween costume doesn’t have to be a difficult ordeal.

And you won’t spend the whole night worrying that you look lamer than the guy who went as “the snake charmer.” Who has two thumbs and looks like an idiot? THIS GUY:

Hope you enjoyed this piece on timeless Halloween costumes! What will you dress up as this year? Let us know below. 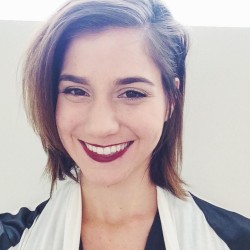 Lisa Loperfido
Lisa is a Marketing Assistant and Blogger at Wild Attire, Inc. She enjoys any and all kinds of dogs, riding her scooter, and wearing black. Smiling is her favorite.

Lisa is a Marketing Assistant and Blogger at Wild Attire, Inc. She enjoys any and all kinds of dogs, riding her scooter, and wearing black. Smiling is her favorite.
Previous Article 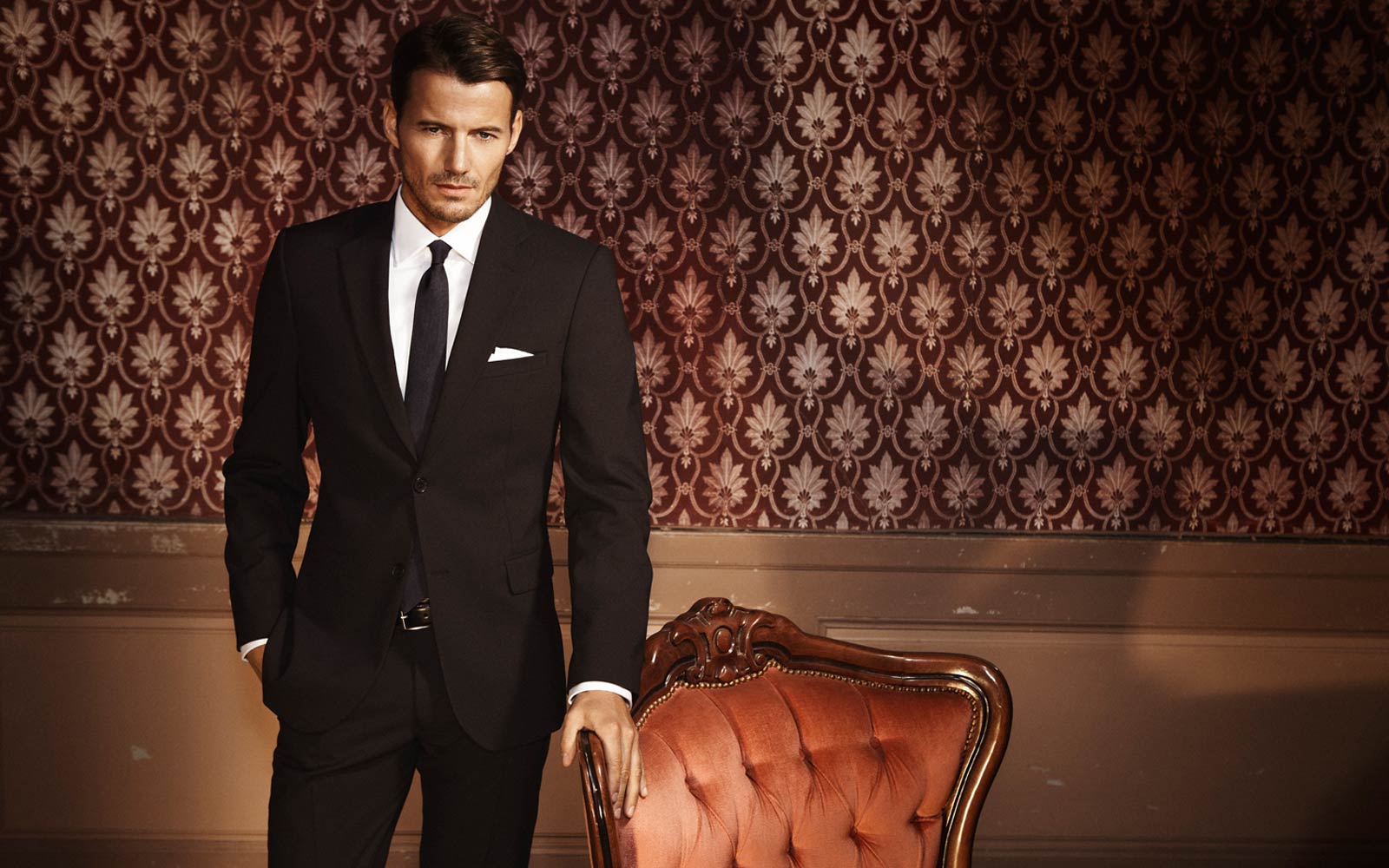 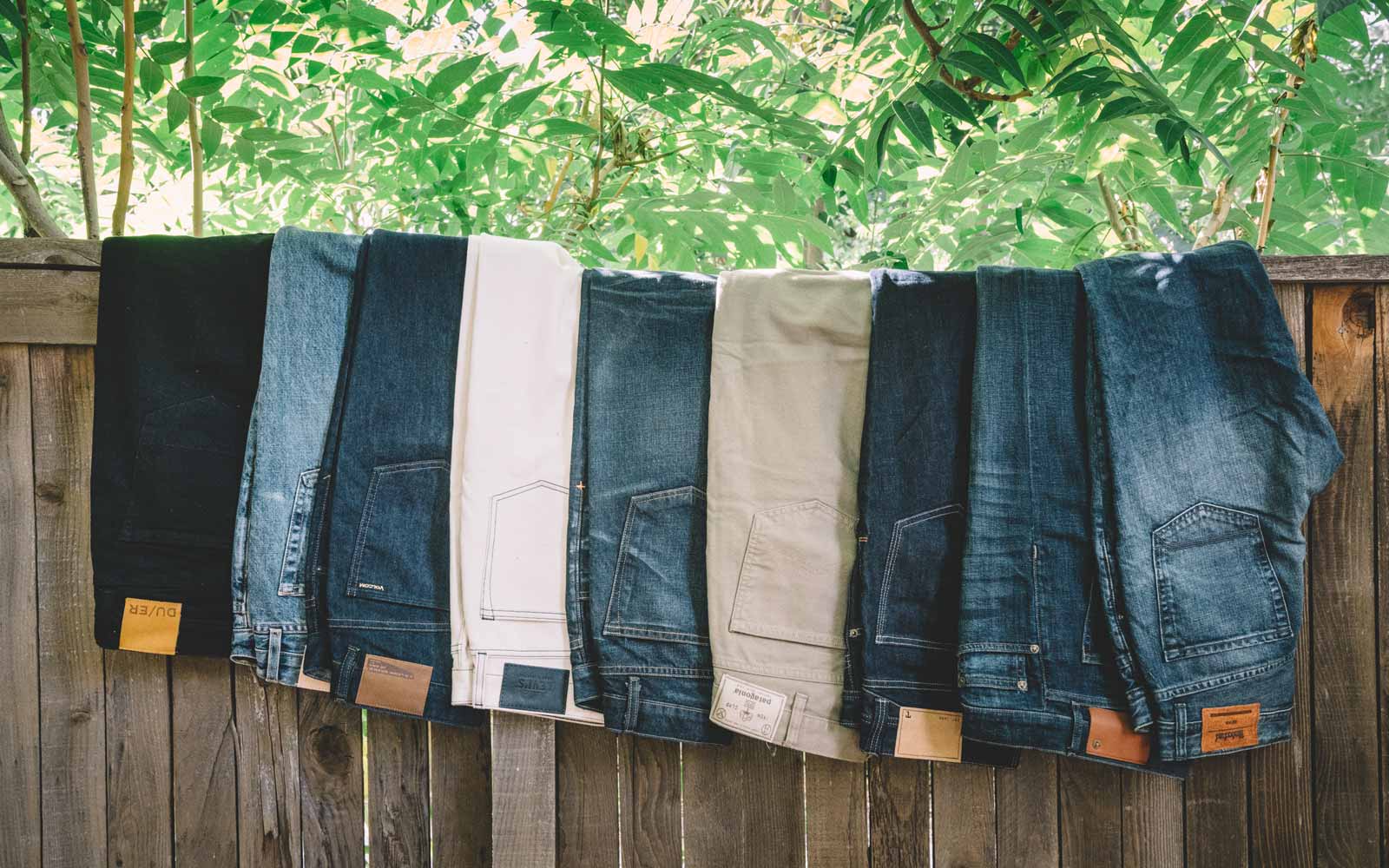 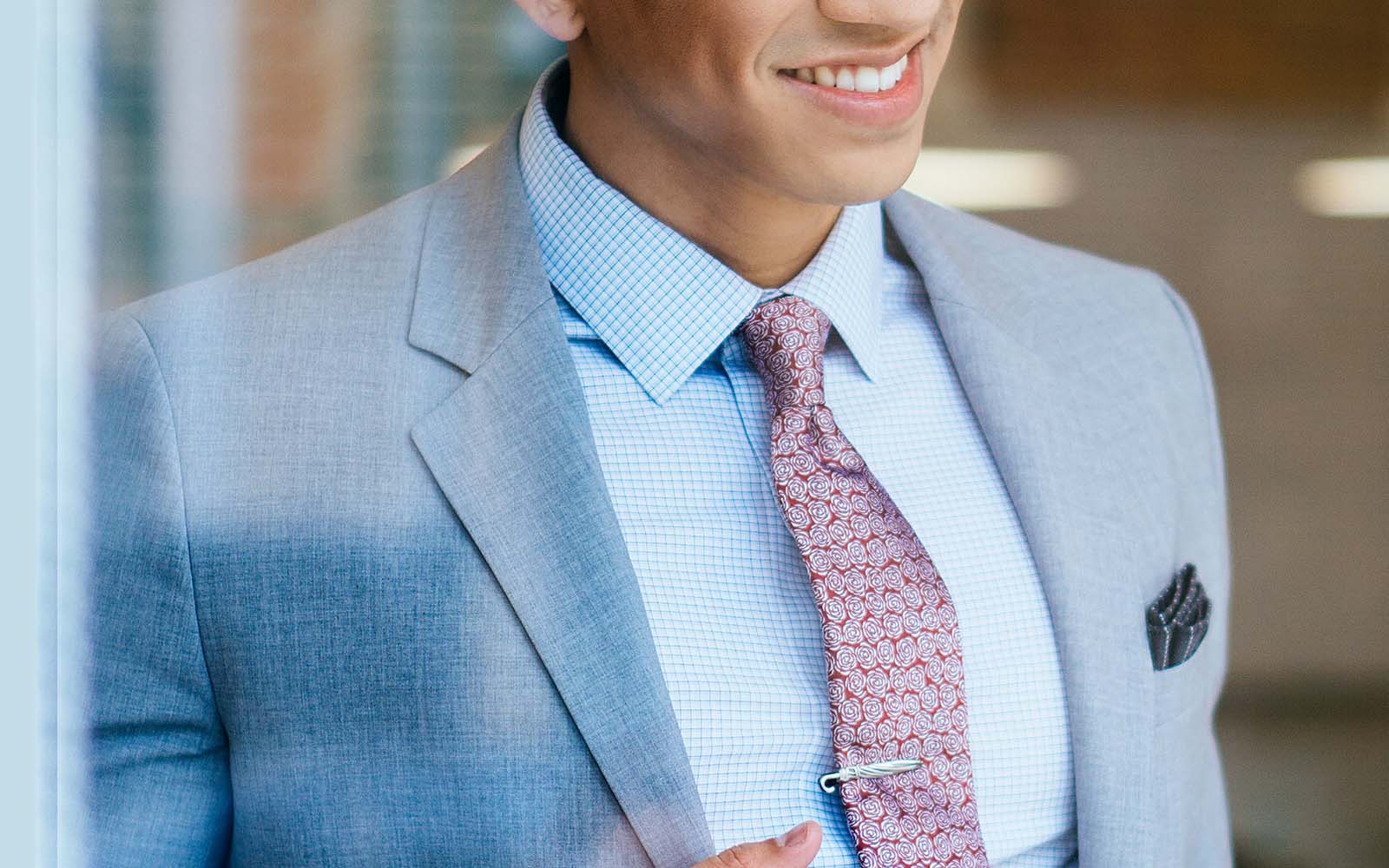 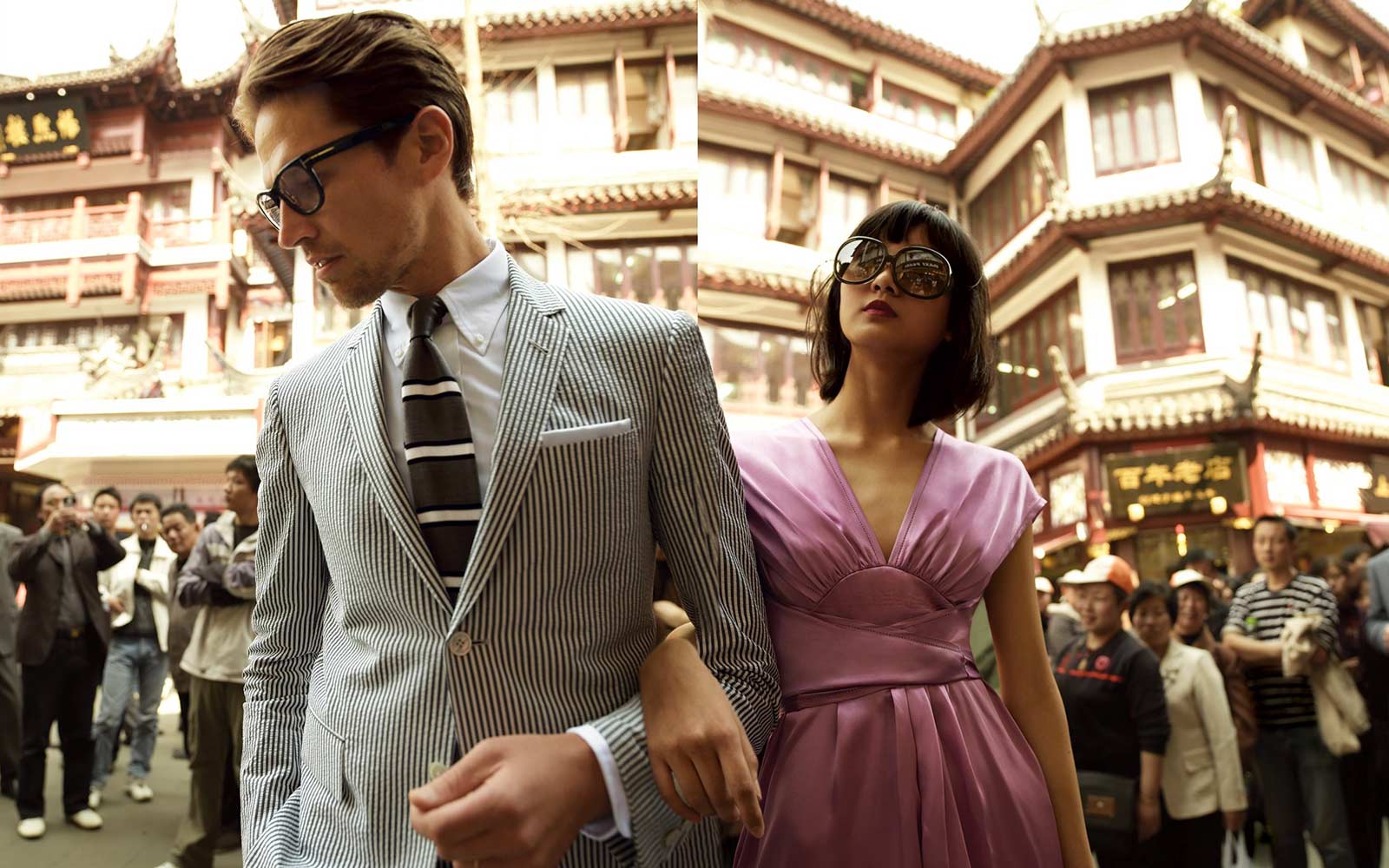 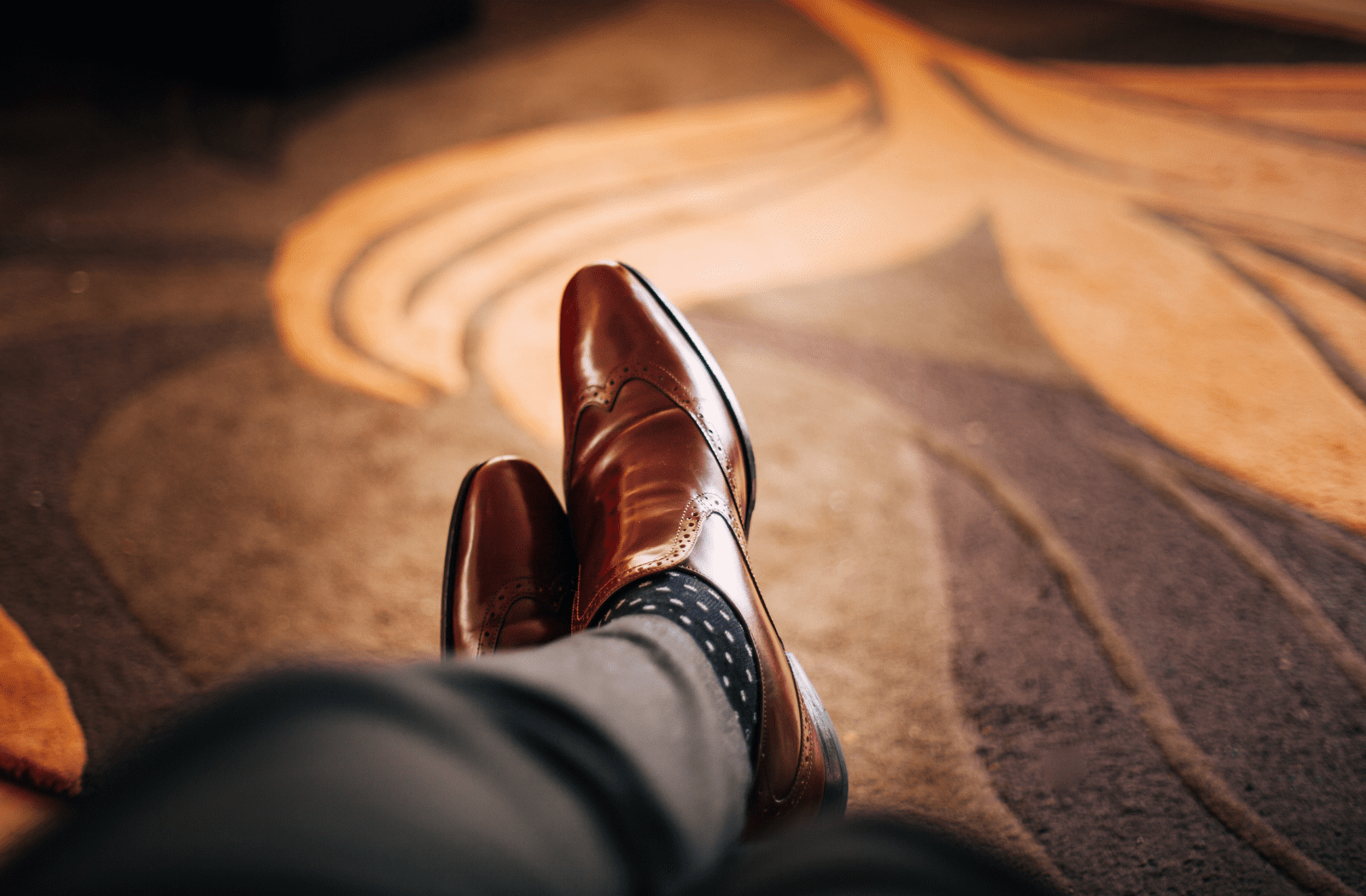