What’s a Plimsoll Shoe? One of the world's most well-known styles, with a less well-known name

Hunter S. Thompson, the world-reknown journalist and author, was a fan of Converse All Stars in optical white. Surely that’s reason enough for any man with a pair to have a pair.

But Converse plimsolls might not be the most inspired choice a man can make when selecting canvas sneakers.

All Stars are safe, but they’re safe the way a pair of chinos from Old Navy is safe, not the way a 1911 cocked-and-locked in the waistband is safe.

And when did Hunter S play it safe? There’s nothing wrong with Converse All Stars, of course.

Were Doctor Thompson alive and well today, though, we think he’d be hunting for (among other things) different footwear options. 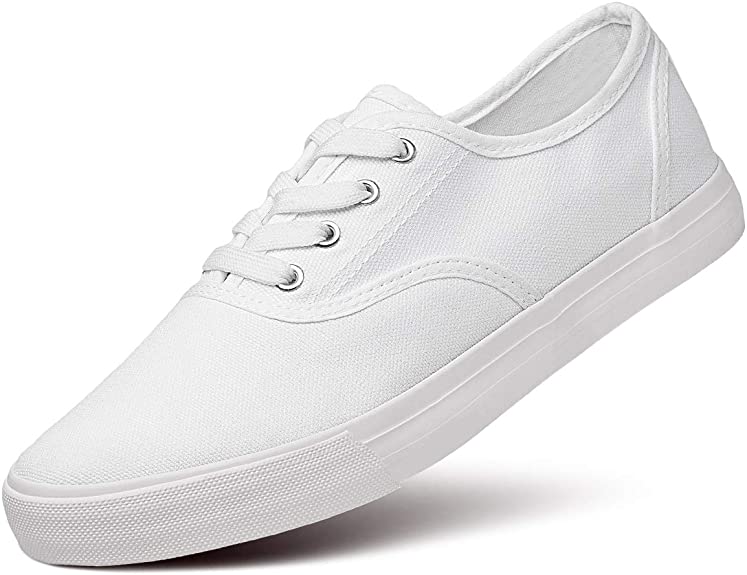 Plimsolls? What the hell is a Plimsoll?

Sometime in the 1830s, the Liverpool Rubber Company invented a shoe with a canvas upper and rubber sole.

They were intended as beachwear, and they sported a line around the rim of the rubber sole roughly where it met the canvas upper to which it was glued.

The purpose of the line was to indicate the point at which one’s feet risked getting wet. They were known simply as “beach shoes,” and they caught on.

By the 1870s, these beach shoes acquired the nickname “Plimsolls.”  This was a very apt borrowing.

This depth varies with a ship’s dimensions, type of cargo, time of year, and the water densities encountered in port and at sea.

Once these factors have been accounted for, a ship’s captain can determine the appropriate Plimsoll line needed for the voyage [from NOAA factsheet].

Liverpool at the time was home to one of the busiest harbors in the world.

That meant: lots of ships, lots of Plimsoll lines, and lots of people frolicking on the beach and by the seaside in odd shoes ringed with a stripe.

Since the waterlines on the rubber-soled beach shoes resembled the Plimsoll lines on ships’ hulls – and as they served a broadly similar purpose – the reference was clear, and sticky.

Yankees are more likely to call these sneakers, canvas shoes, or tennis shoes — as a style-name, ‘plimsoll’ is slightly archaic.

It may be more common among speakers of the Queen’s English: both The Telegraph newspaper and TheIdleMan blog have offered lists of the best plimsolls for men.

Whatever you call them, here’s some intel about brands you should know, and thoughts on wearing plimsolls well.

For summer – and in those blessed latitudes where it is always warm and sunny – we think men aiming at a classic look should stick to blue, white, or gray plimsolls.

With khakis or linen trousers – especially if you will be wearing a blazer or light sports jacket – these are the three colors to wear: they best communicate I am an adult, and they never shout for attention.

If your ensemble is worthy of an approving nod, and you yourself are not a spluttering bivalve, interest in you and/or your costume will be commanded by the sensibility you reek from above the ankles.

Plimsolls may punctuate a man’s ensemble, but they don’t sell it.

The Red and the Black?

We have a pair of black plimsolls, and there’s both a time and a place for them. With rolled-up jeans, they’re urban and hip and absent an aggressive edge.

They are wonderfully relaxed, sensible, and in a word: metropolitan. The original Plimsolls of Liverpool were probably black. Today, they have no place at the beach or marina.

We’ve yet to make up our mind about red.

At the moment we are wearing Warrior-brand plimsolls. We scored ours on a side-street in Shanghai, from which city this fine old brand hails.

We have had more than a dozen Warrior-brand plimsolls over the years, and we hold them in high regard.

Though young urban Chinese once turned-up their noses at them, Warrior has made a remarkable comeback over the past decade.

The brand dates back to the 1930s, and their plimsoll line should not be dismissed as mere knock-offs or copies.

Chuck Taylors are now so ubiquitous as to say nothing. That’s not necessarily a bad thing.

But if you’re aged 30 or over, your Vans say too much — unless you actually do ride a board.

Although you can source Warrior-brand plimsolls from outwith China, we’re not sure it’s worth the effort.

Thank Neptune for Sperry. We have had nothing but good luck with our Sperrys, and we’ve had boatloads of them — from their traditional topsiders to their leather version of the plimsoll.

Their Striper models (and that’s striper as in striped bass) in salt-washed twill are hardy, masculine, and run pleasantly wide.

For most intents and purposes, a plimsoll and a CVO are the same thing.

The name canvas vamp oxford refers specifically to the material and the style, while the nickname plimsoll is a specific reference to the “Plimsoll-line” at the top of the sole.

Fred Perry was a British sportsman who distinguished himself in both tennis and table tennis.

He is also the co-creator of the sweatband and an early popularizer of the polo shirt. His brand has experienced reversals of fortune, as has product-collaborator Etonic.

The classic Fred Perry fits well and wears well. Like the Tilley hat, it can be a conversation-starter. The logo is bold, but not so common as to be repellant.

The tagline for the venerable PF Flyers (another brand to know) is “Run Faster, Jump Higher.”

No pair of plimsolls is likely to help you achieve that, so why hemorrhage more cash than is necessary to have a pair?

We have Faded Glory (FG) slip-on plimsolls in both blue and white, and are partial to the blue pair.

Now that they are beach-bleached and tatty, the blue pair is our favorite pair of lazy, don’t give a damn, yes-I-do-intend-to-finish-this-entire-bottle-of-Tanqueray summer sneaks.

The FG plimsolls do not have visible logos or brand-indicators. None needs to know where you bought your plimsolls, but here’s what we think:

If you are dressed well enough to be asked where you got your:

you’ll score extra points for not having overestimated the importance of brand-name knockabout CVOs, and for not caring what people think.

FGs are not as rugged as Sperry Stripers, but they are lighter.

If you’re currently counting your pennies, use some of the money you saved on your plimsolls to buy socks worthy of your wisdom, savvy, style, and thrift.

The PF Flyers site is an education in itself, and we loved Tom Cooke’s article in Heddels  about “the rise and fall of the PF Flyer.”

It has been years since we’d had a pair of Keds, but we’ll fix that soon too.

We haven’t yet found the best way to wear the pair of Palladium CVOs we scored on sale in downtown Mountain View, CA.

We suspect the costume will include this shirt from Filson, and predict that the setting will involve pine-needles, a campfire, a tent, mosquitos, and regrets that we didn’t pack more Tanqueray. 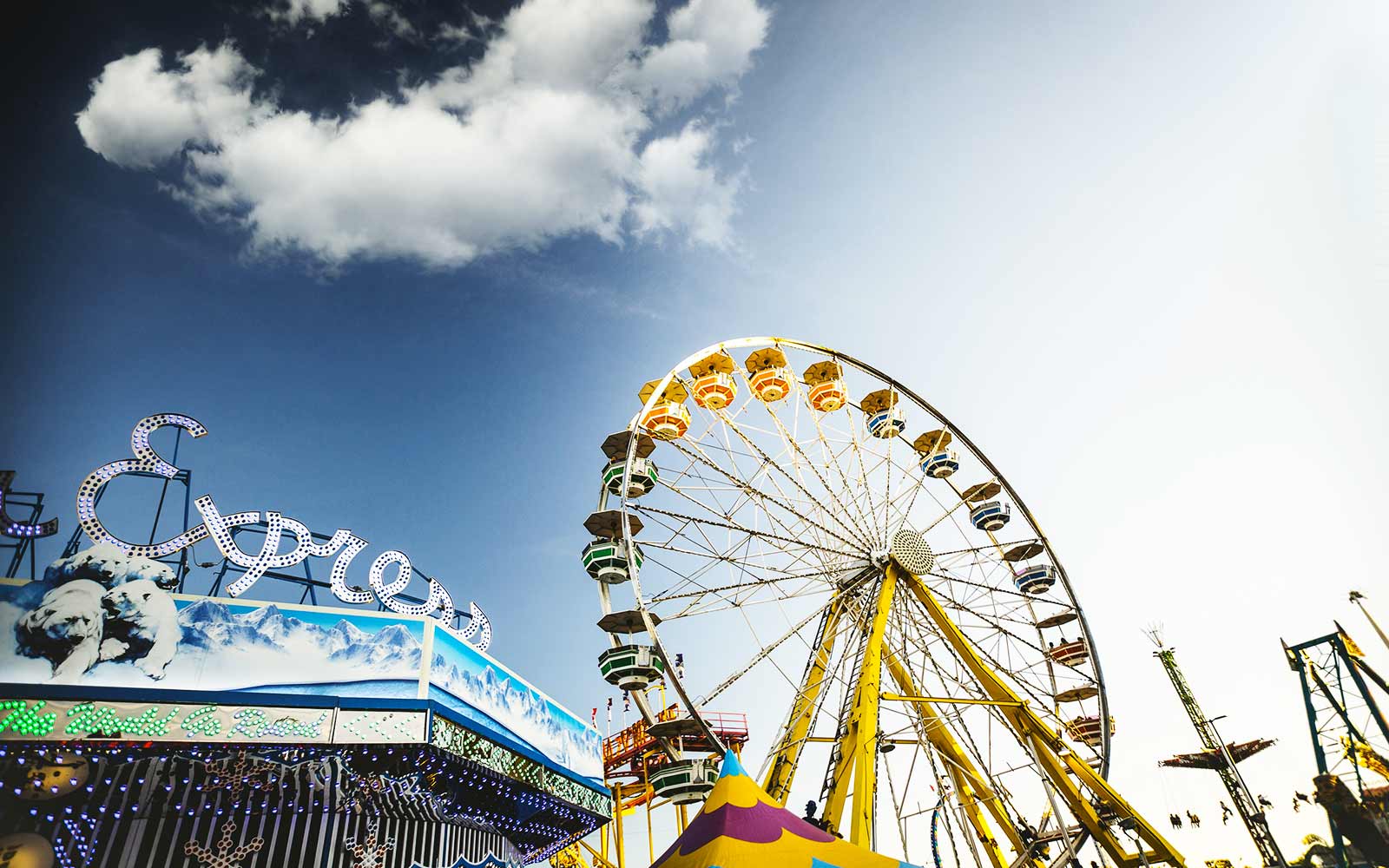 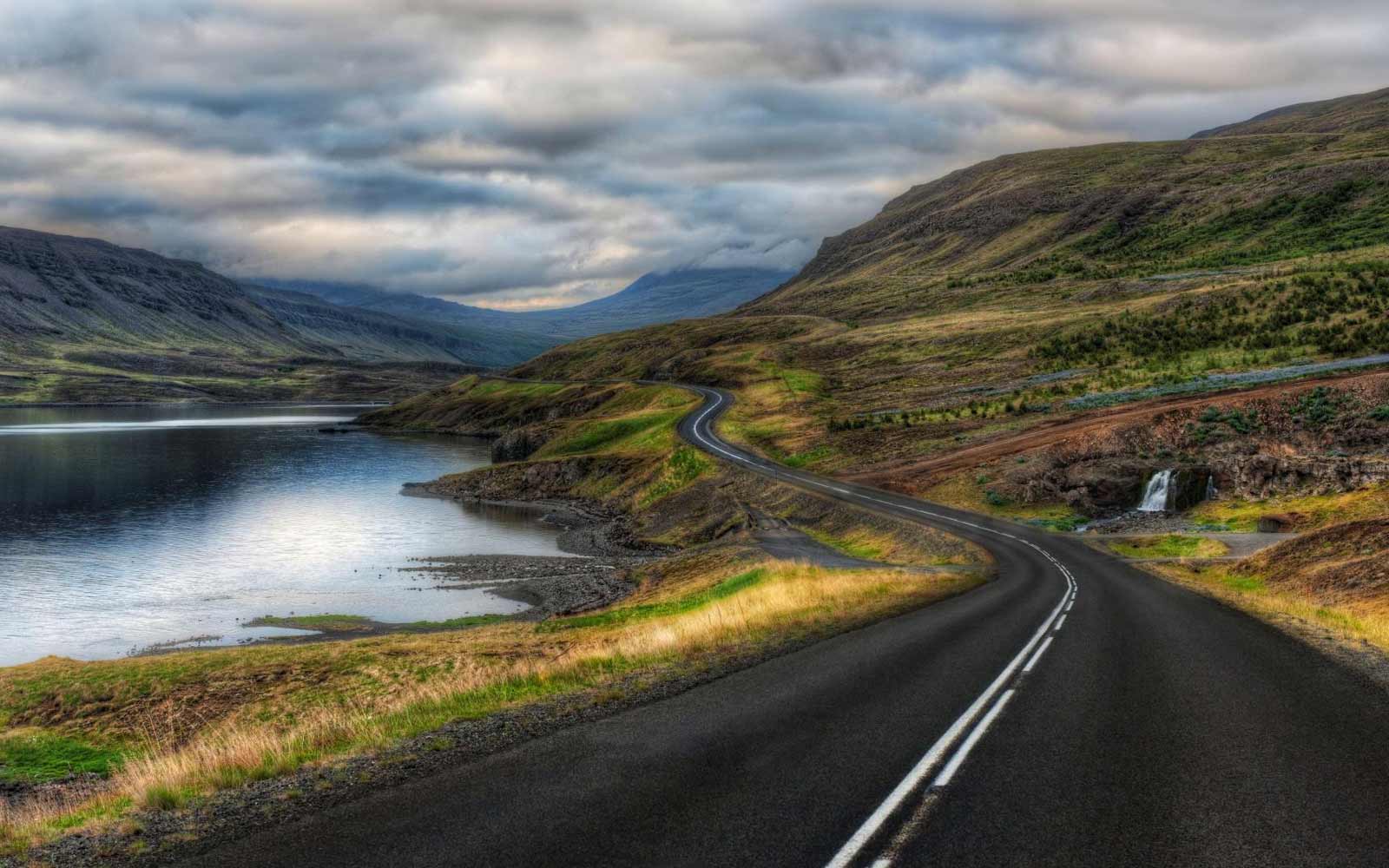 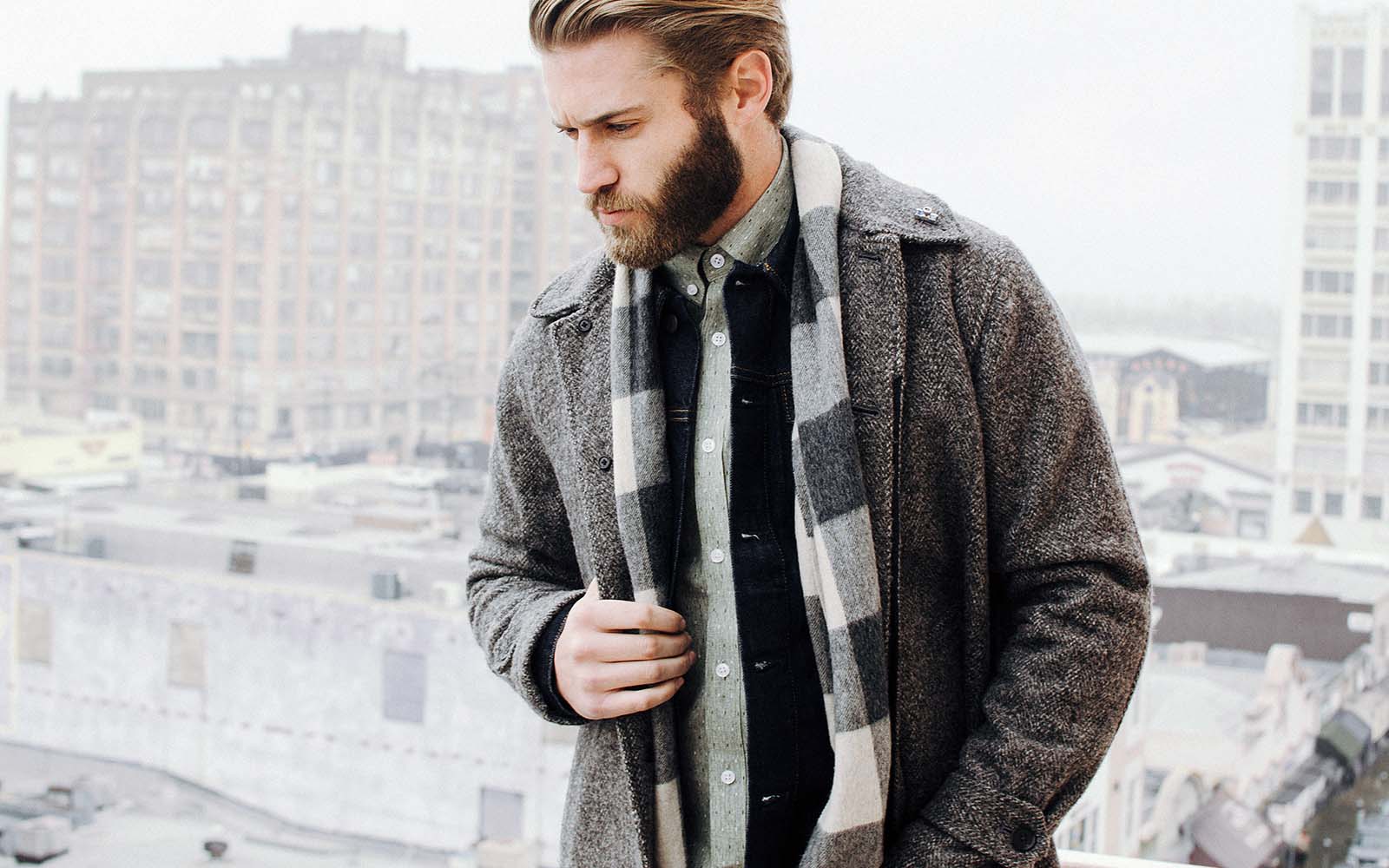 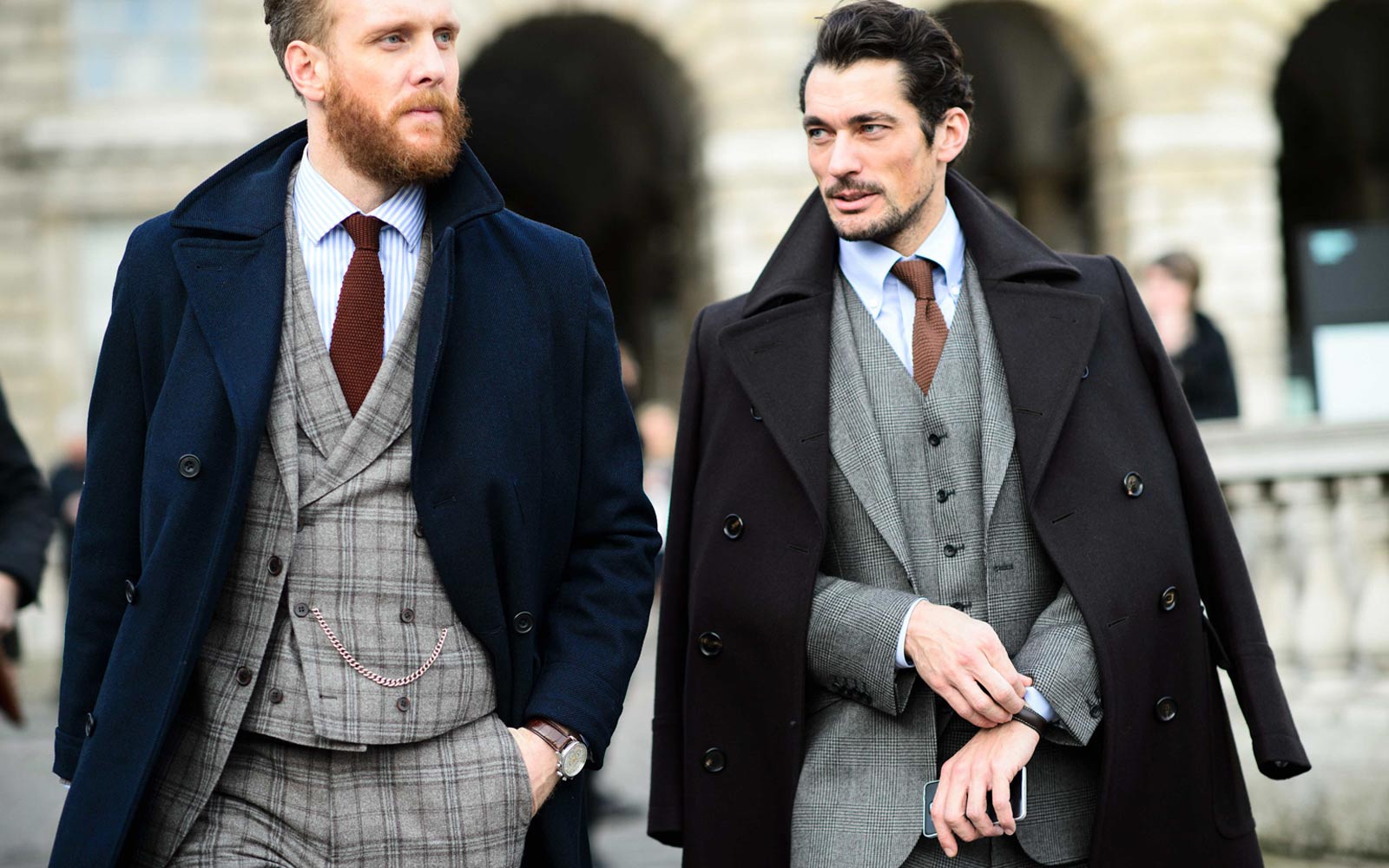